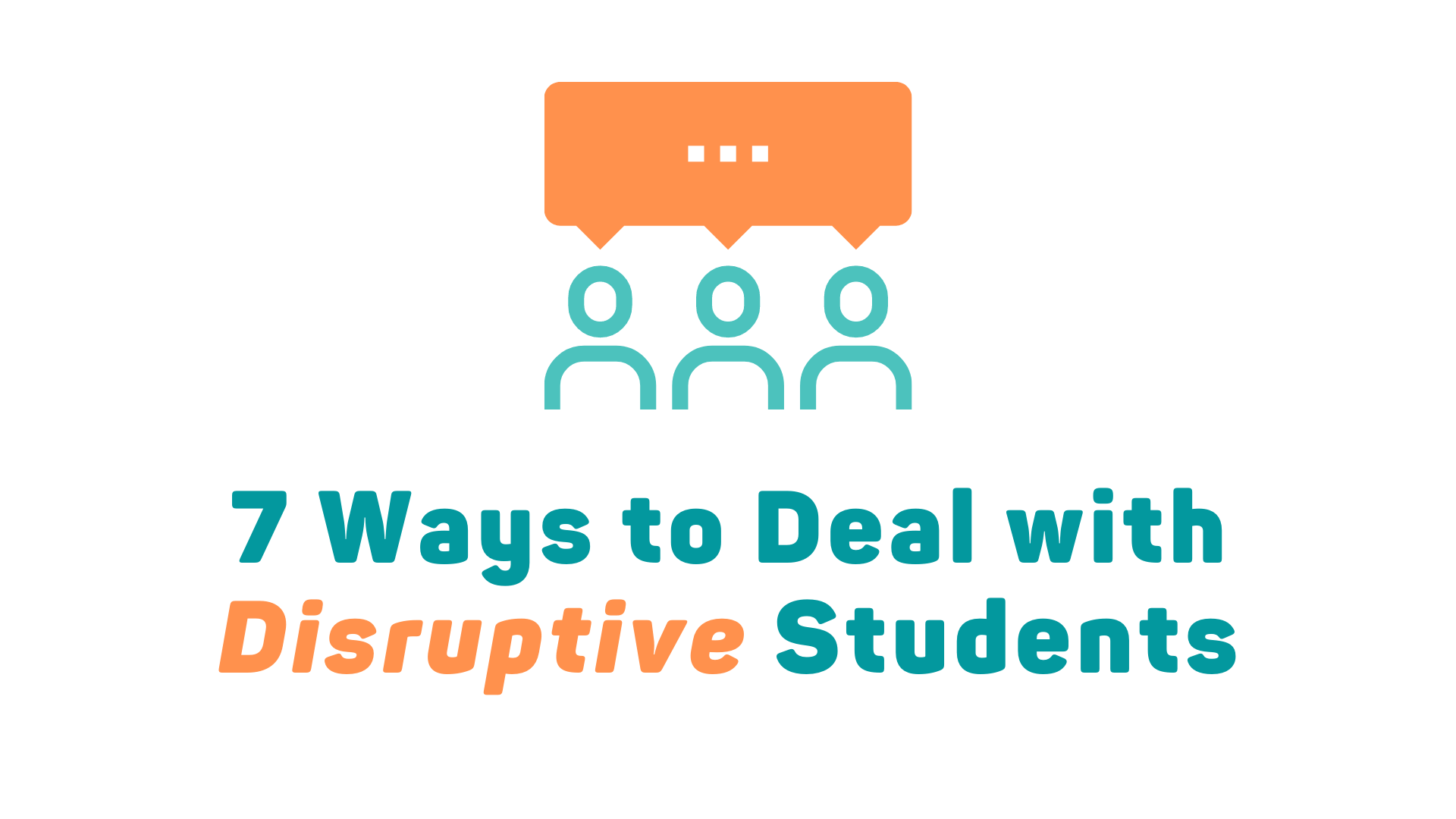 One of the most bizarre moments in sports history happened one night at Caesar’s Palace. Boxing fans were gathered there to see the rematch of an epic fight between Evander Holyfield and Riddick Bowe. A year earlier, in their first matchup, Bowe had beaten Holyfield to become the new Heavyweight champion of boxing. This time, they were meeting again for an outdoor fight, under the stars in Las Vegas. Bowe got off to a solid start, winning the first three rounds. Then Holyfield settled in and won the next three rounds. The fight was tied, and then it happened. It was the moment that no one could’ve predicted.

In the middle of the seventh round, as the two boxers exchanged a series of punches, the fight was suddenly interrupted by a man who came flying down with a powered parachute glider and crash-landed on the ropes of the boxing ring. Everyone was stunned! No one could believe what they had just seen. It took twenty-one minutes to finally get the situation under control. The parachute guy went to jail and the fight resumed (Holyfield ended up winning, by the way), but it’s safe to say that the disruption was one of the weirdest moments anyone has ever seen at a sporting event.

As a youth pastor, you know that disruptions, distractions, and interruptions are inevitable. Most of the time, they start and end quickly. A student might make a yawning noise or lean over to whisper something to a friend. I think it’s best to let those things slide. After all, kids will be kids.

Sometimes, however, the disruptions last longer or become more frequent. In those cases, you need to do something about it. If you don’t, then it’s possible you’ll start losing other students. That might sound extreme, but it’s true.

A new family started attending a church I worked at for this very reason. The boy’s dad explained to me that the youth pastor at their previous church had no control over the students. He would ask them to stop being disruptive, but they didn’t listen. They just kept on doing whatever they wanted to do.

Every week, it was the same story. It became so bad that this guy’s son didn’t want to be part of the group anymore because it had been hijacked by students who were being rude and disruptive. That’s how his family ended up at our church.

Dealing with disruptive students presents a tricky situation for youth pastors. The default position in many people’s minds is that you have to accept (or at least tolerate) whatever students decide to do when they’re with you. Correcting them might seem too judgmental. Besides that, you wouldn’t want them to stop coming, would you?

I don’t agree with that line of thinking. Correcting students isn’t judgmental, and sometimes the best thing you can do for a student is prohibit him or her from participating. If you don’t offer correction when it’s necessary, you’ll end up with a group that is out of control and off-putting to other students. In my opinion, it’s a privilege to be part of a youth ministry, not a right.

It’s a privilege to be part of a youth ministry, not a right.

So, what can you do to deal with disruptive students? I want to share seven classroom management techniques that will help you keep things on the right track.

7 Ways to Deal with Disruptive Students

Sometimes students are disruptive simply because they don’t know any better. What you interpret as being disrespectful might be no big deal in their family. The best thing you can do, then, is to make your expectations clear from the start. Don’t leave it to chance. If you plan on holding them accountable for something later, you have to lay the groundwork upfront.

This doesn’t mean you have to spend five minutes at the beginning of your program going through a laundry list of rules every week (though you might need to do that if you have a really rowdy group). But it does mean that you need to let students know what kinds of behavior you expect and what isn’t acceptable.

As for me, I usually go with only three rules: Respect yourself. Respect others. Respect the space. You could even shorten it to one: If it’s disrespectful, don’t do it. You might want to define more specifics from there, but that sums up pretty much everything I want them to know.

It’s easier to deal with disruptive students when you have invested time with them. Rob Plevin, a veteran educator who now trains other teachers, lists this as the number one secret to effective classroom management. He says, “Students will always respond more positively to a teacher they know, like, and trust; they will always work harder and behave better for a teacher they get along with” (Take Control of the Noisy Class, Kindle Loc. 1174).

Take time to get to know your students. You might even want to invest some extra time with the ones who tend to be more disruptive. It will be easier to correct their behavior when they trust you. They’ll know you’re doing it because you care and want the best for them.

Distracted, disruptive students aren’t a new problem. Long before cell phones and social media showed up, nineteenth-century British preacher Charles Spurgeon had to deal with it too. Rather than blame the people for not paying attention, Spurgeon believed the fault was his own. He told a group of young ministers, “If I see anybody turning round, whispering, nodding, or looking at his watch, I judge that I am not up to the mark, and must by some means win these minds” (Lectures to My Students, p. 128).

If students are engaged in what’s going on, they’ll be less likely to be disruptive. You’ll notice the opposite is also true. If students aren’t engaged in what’s going on, they are more likely to be disruptive. Therefore, you have to do whatever it takes to get them and keep them involved both mentally and physically throughout the program.

It’s easy to get caught up in the moment and blast someone for being disruptive. Doing so might even make you feel better in the moment, but it won’t be productive in the end. Besides, sometimes students do things because they want attention. They often do dumb things just to get a laugh from the people around them.

If you lose your cool in the moment, you’ll be rewarding them with the wrong kind of attention. Also, you run the risk of creating more of a disruption with your correction. A good rule of thumb is to deal with disruptions in the least disruptive way. Depending on your temperament, you might need to do some self-care work in the hours leading up to your program to make sure you stay calm when things get a little crazy.

No one likes to be called out and corrected in front of other people. It’s embarrassing for the student and doesn’t usually lead to a positive outcome. You want to de-escalate the situation, not escalate it.

Don’t lecture them about what they’ve done while others are listening. Instead, call them aside after the program and talk with them about how you feel like they’re being disruptive and why it’s a problem. Then ask for their commitment to work on doing things differently next time. End on a good note, assuring them that you’re glad they’re there and you know they can do better.

If you’ve had a conversation like the one I just described and the situation isn’t getting any better, then you need to take the additional step of contacting the student’s parents. Odds are good that the parents have no idea that their son or daughter is being disruptive. It’s not usually something that comes up on the ride home from church.

Call them or meet with them and simply explain what’s going on in a matter-of-fact way (you’ll want to have a few specific examples to mention) and then ask for their help in creating a solution. This is an important step that goes a long way toward minimizing future disruptions. As Plevin points out, “Parental support and involvement can have a huge impact on students in terms of improved attendance, behavior, and achievement” (Take Control of the Noisy Class, Kindle Loc. 470).

Of course, you don’t want your first contact with a parent to be negative, so you can do yourself a favor by regularly communicating with parents about what’s happening in the ministry and how their kids are doing when they’re with you.

As time goes by, the student’s behavior should be showing signs of improvement. If it doesn’t, then it’s time to have a conversation with your pastor about whether it’s fair to the other students to allow this student to continue coming.

For now, let’s assume the best. As you see improvement (no matter how small it might be), celebrate it. Let the student know that you see he’s trying, and you appreciate his effort. According to Plevin, “The more opportunities you have to praise students and thank them for behaving appropriately, the more quickly their attitudes and behavior will change for the better” (Take Control of the Noisy Class, Kindle Loc. 531).

Also, keep the student’s parents in the loop. Don’t just call them when he acts out and then leave them hanging, wondering how he’s doing since then. Give them updates on the student’s progress and thank them for their help.

Classroom management techniques can be a lifesaver for youth pastors. I hate to admit that I didn’t learn about them until I started teaching classes as an adjunct professor. Before that, I just kind of winged it when dealing with disruptive students.

I was inconsistent, lost my cool, and embarrassed a few students along the way. It’s fair to say that I wish I knew then what I know now. You can do it better than I did. Just keep these seven techniques in mind the next time one of your students makes you want to pull your hair out:

• Clarify your expectations.
• Build the relationship.
• Keep them engaged.
• Stay in control.
• Correct them privately.
• Inform their parents.
• Affirm all progress.

Do you have a tip to share? I’d love to hear about it. Let me know in the comments below!