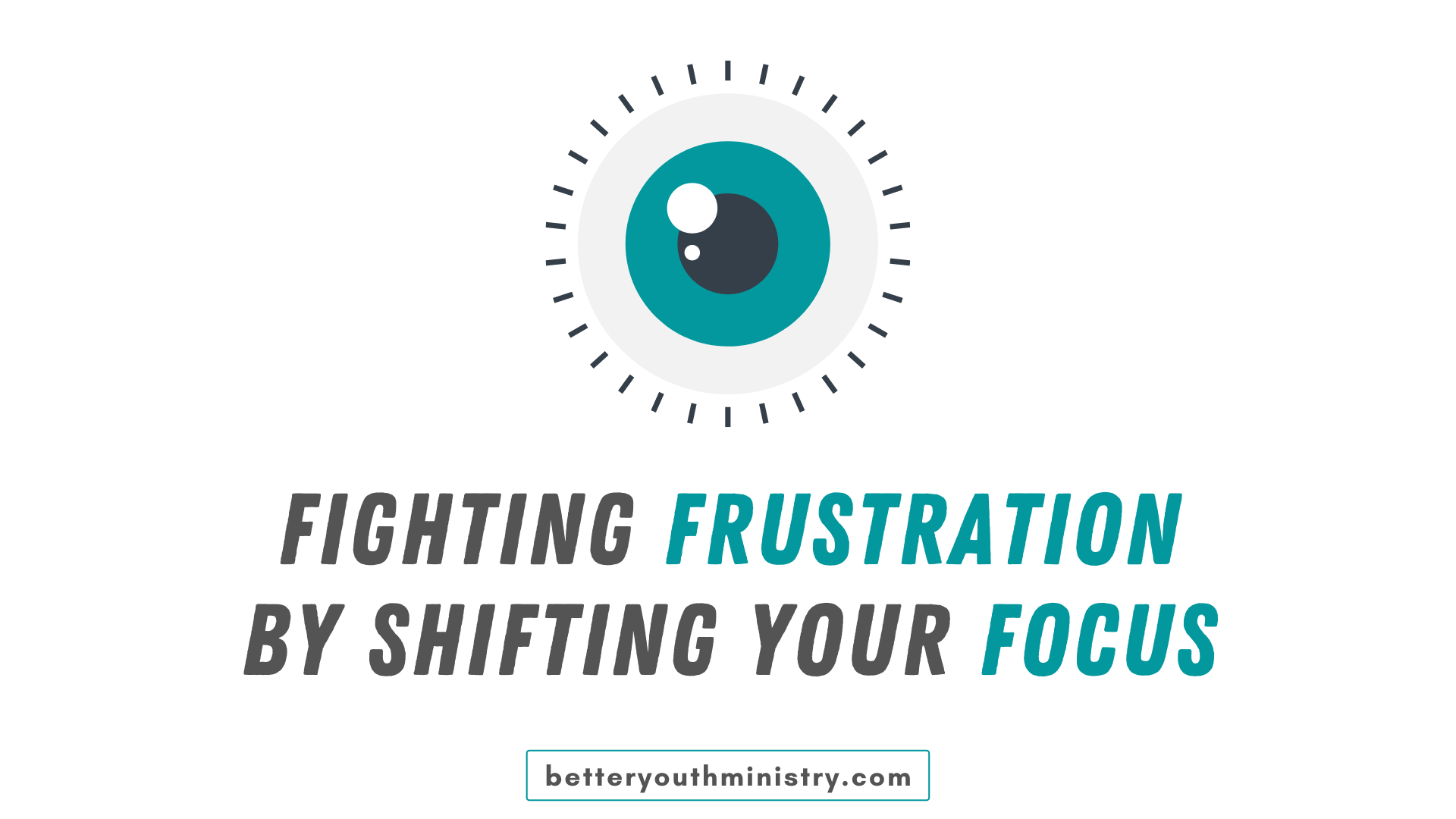 I was frustrated. It had been a year since I became a youth pastor and I felt like I wasn’t getting anywhere with the students. I doubted myself and wondered if I was making any difference at all.

Maybe you know the feeling. If you don’t, that’s great! Just know that it can sneak up on you. Youth pastors across the country can attest to that.

It was around that time that I started reading The Seven Laws of the Learner by Bruce Wilkinson. In the book, Wilkinson identifies the Law of Expectation, which he summarizes as, “Expect the best” (p. 105). However, he also cautions that we should adjust our expectations to match reality.

To be honest, I was being idealistic.

But that’s not what was happening.

According to Wilkinson, “Any time [we] are disappointed, it’s because reality didn’t live up to our expectations” (p. 91). That made sense to me. I was frustrated because of my own unmet expectations.

To be sure, disappointment can be a good thing. It can be a catalyst that drives you to make important changes that lead to different outcomes. But, if we’re not careful, it can also be the first step in the wrong direction.

When our expectations aren’t met, we get frustrated and the door opens up to a slippery slope. The slope has four stages:

• Stage One: Disappointment
You recognize a gap between your expectations and reality.

• Stage Three: Disillusionment
You start to doubt whether you’re right for your role.

• Stage Four: Despair
You lose hope that anything will ever change.

I had slipped all the way to Stage Three.

I knew that something had to change, or I wasn’t going to last in ministry. Wilkinson helped me see that my unmet (unrealistic) expectations needed to change, along with my perspective.

So, I reassessed the situation.

Even though the room wasn’t filled with students who were eager to learn about Jesus, I appreciated that there were a handful of students who were interested in growing their faith. Even though most of the students wanted to talk about shallow stuff, I recognized that I was still in the process of earning their trust and building those relationships. Even though dozens of students weren’t getting saved every week, I celebrated that a few students had come and become Christians through the year.

As for my expectations, I adjusted them to fit my actual ministry context. I was working with teenagers, not adults. So, I should expect them to think and act like teenagers, not adults. Middle school and high school students are still figuring out so many things for themselves and about themselves. Because of that, I extended the timeline for evaluating the value of my work. Most of my efforts, I realized, wouldn’t bear fruit until many years later.

I also reframed my role to be more pastoral and personal. I recognized that I was there to help these particular students take steps in Jesus’ direction during this particular phase of their lives. And this phase isn’t the only phase there is.

I couldn’t treat them according to where I wish they were in their journey of faith. I had to meet them where they actually were.

I was like a farmer who tends to the soil of students’ hearts and plants spiritual seeds at the right time in the right way. The growth process can’t be rushed or forced, and it won’t do any good to get upset about the results. Instead, I could only acknowledge reality, keep working faithfully, and rely upon the Spirit to do what I couldn’t do.

Frustration comes from unmet expectations. When you want something to happen and it doesn’t, the result is an internal jolt that gets your attention.

There are plenty of things to be frustrated about right now. There always are. But you have a choice to make. You can either slide along to the point of despair or make some adjustments. I think you know which way you need to go.

Celebrate the bright spots and play the long game. You’ve been called and equipped for such a time as this. Your work matters and your students need you now more than ever!