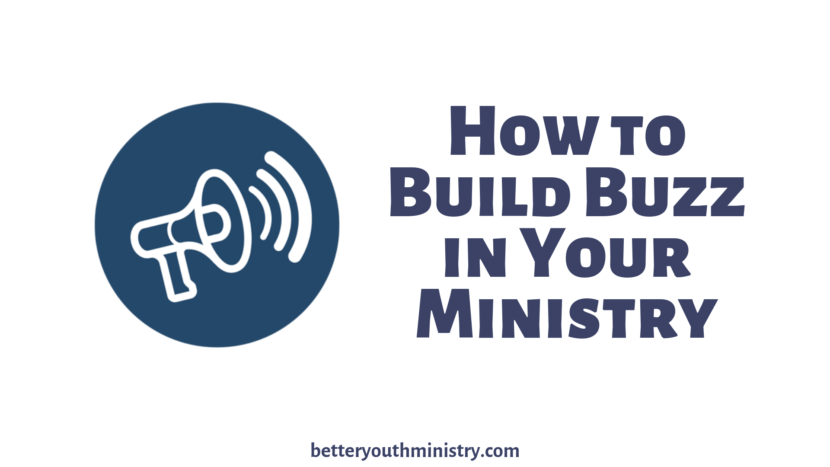 Did you hear about The Bell Hotel?

Recently, I came across a story about a promotional stunt that Taco Bell did. You might’ve seen it. The fast-food chain created a pop-up hotel called The Bell.

They had rooms decked out in themed decor and floats that looked like hot sauce packets at the pool! The Bell was only open for four nights, but it was completely sold out in two minutes. Guests were left wanting more. The promotional stunt generated lots of buzz for Taco Bell.

Is your ministry creating buzz?

To reach more students, you need your students (and their parents) talking about your ministry in a positive way.

The question is: How do you do that?

Here are three ways to build buzz in your ministry…

New things get people’s attention. A new restaurant, a new song, a new movie, a new year…we like new things. New things get us talking.

What can you do that’s new?

Those things weren’t hard to put together, but they were new. People liked them, and that created buzz about the ministry.

Sometimes you can generate buzz just by putting a fresh coat of paint on the walls of your youth room or changing your stage design.

What’s old that you can update?

When you update something, you create the feeling of progress. A few things I’ve updated that created buzz were: ministry logos, t-shirt designs, weekly programs, and room decor.

This is the easiest way to create buzz. It just requires you to pay attention to the little things. I took my son to a new barber shop the other day. While I was waiting, the person at the check-in table asked if I would like a bottle of water. That exceeded my expectations so much that I’m telling you about it!

My wife works at Chick-fil-A’s home office. They ask their employees to be “remark-able.” That means employees should perform their roles in such a way that people make positive remarks about them. That’s another way of saying to exceed people’s expectations.

How can you make your ministry more remarkable?

Remember the Woman at the Well?

In John 4, Jesus encountered a woman at the well in town. After meeting Jesus, she went and told everyone she knew about Him. In that exchange, Jesus did all three of these things: He did something new. He updated something old. And He exceeded her expectations.

That’s how you can generate buzz in your ministry.

In my years as a youth pastor, my attention was pulled in many different directions. There was always so much to do and not enough time to do it.

But students liked what we were doing.

They showed up, participated, and invited their friends.

To review, three ways to build buzz are:
• Do something new.
• Update something old.
• Exceed their expectations.

Which one of those can you get started on today?