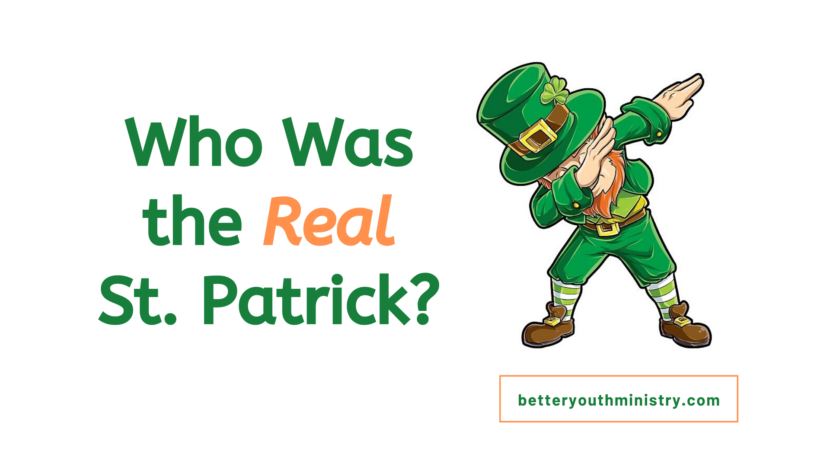 For many of us, St. Patrick’s Day is filled with green clothes, 4-leaf clovers, and little red-haired leprechauns. Historically, however, the day has meant more than all of that. St. Patrick’s Day has actually played an important role in American history as a symbolic day of solidarity and unity between groups that didn’t always get along.

In 1948, President Truman went to the St. Patrick’s Day parade in New York City to give visible support to ending prejudice against Irish people throughout the country. And long before Truman, George Washington made a similar gesture by allowing his Irish soldiers to have a holiday on March 17, 1780.

So, historically, St. Patrick’s Day has been about unity and solidarity in our own country.

Who was St. Patrick?

Many people naturally think that St. Patrick was from Ireland because so much of St. Patrick’s Day has an Irish flare. But he wasn’t. He was actually born in Britain, and probably Scotland to be more specific.

Around 400 A.D., when he was only 16 years old – the age of most juniors in high school – he was kidnapped by Irish pirates, taken to Ireland, and sold into slavery. They put him to work, tending sheep in fields.

Separated from his family, stripped of his freedom, and without hope for his future, he had nowhere else to turn. So he turned to God. He started praying as he worked in the fields, and it helped him get through the days.

The days turned into years. And then, finally, after nearly 8 years, God gave Patrick a vision of a boat that was docked at the shore, waiting to take him home. He escaped, found the boat, and sailed with the crew to France, and then eventually reunited with his family and became an ordained leader of the church.

No Rest for the Weary

But if a stable situation was what he was hoping for, he wouldn’t find it. God had other plans for Patrick. In a dream, God showed him a vision of the Irish people calling out to him, pleading with him to come back and share the Christian message with them.

That sounded crazy! Go back and help the people who had made him a slave and mistreated him for years? No thanks.

At that time, Ireland was dominated by paganism and sorcery, and human sacrifice wasn’t uncommon. So, not only would it be crazy to go back to Ireland, but it would also be dangerous!

Even so, Patrick had faith and courage. He went back to Ireland and shared the Christian message with the Irish people. He overcame their resistance and sparked an awakening among the people that historians still talk about today. Patrick’s faith and courage are the reasons why we have St. Patrick’s Day. And I just love the prayer that’s attributed to Patrick. It’s a prayer for protection and boldness that’s been preserved for us under the title of “St. Patrick’s Breastplate,” echoing the Apostle Paul’s illustration about the Armor of God.

Patrick knew that he needed the protection, peace, and power of Christ to accomplish his mission. And we’re wise to recognize our own need for those same things as we aim to accomplish what God has called each of us to each day.