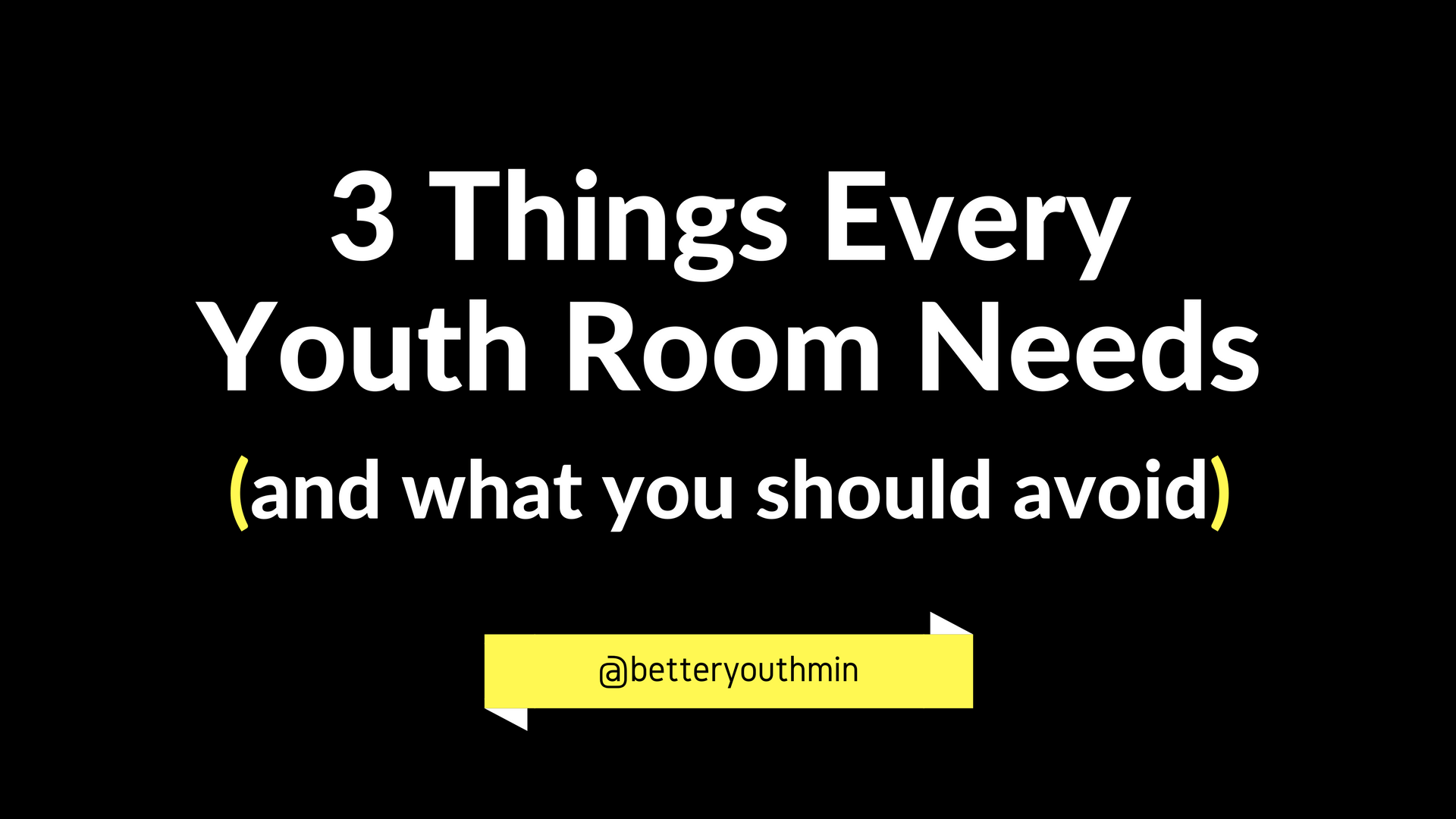 I showed up at church a few Sundays ago, and there was a ping pong table in front of the building.

What was it doing there?

I walked closer. There was a note attached: “For the youth.”

That was all it said.

I’m not sure what the person thought would happen with that table. I mean, whoever it was, put it right in front of the front doors of the building. Did they think I would just drop everything that morning and figure out how to incorporate a ping pong table into our space?

I hope not…because I didn’t.

Can you guess what happened next?

I wheeled it around to the back of the building so it would be out of the way for the morning. That afternoon, I called around to a few smaller churches to see if they wanted it. A few of them promised to come and pick it up, but no one ever came.

Eventually, it rained and the table fell apart. Another guy and I wheeled it over to the dumpster and threw it away.

It’s too bad, really. I could’ve used it in the basement at my house. My kids would’ve liked it.

But again, I didn’t ask for it to be given “for the youth.” The person who donated should’ve called and asked if we wanted it. If they had taken the time to do that, they would’ve found out that we didn’t want it.

What?! A youth ministry without a ping pong table?

But I have my reasons.

Every ping pong table I’ve ever seen in a youth room gets broken. Students destroy the balls, misplace the paddles, and end up using the table as a couch. It gets junky, and eventually falls apart.

As far as I’m concerned, the rain did me a favor.

Why am I telling you this?

Because I was poking around in a few youth ministry Facebook Groups over the weekend and I came across the typical question: Notice what this person says:
“The foosball table, ping pong table, and air hockey table got a beating and aren’t even touched anymore.”

Then, without missing a beat, this person asks if anyone has any ideas for more stuff because there’s some money in the budget to spend on nice things for the room.

How many things have to get broken before we figure out that students don’t care about those things?

How much of people’s tithe dollars have to be wasted for us to figure out that we are WASTING that money? You should just stand up on Sunday and say, “Please give the Lord your tithe so we can waste it on things students don’t care about.”

Look at this picture:

Does this picture look attractive to you?

It shouldn’t. That’s what happens after less than a year with a high-dollar TV and game console mounted on the wall. It’s not even turned on!

What’s crazy is that I took this picture at a church on a Wednesday night.

Can you guess where the students were?

While a thousand dollars hung unused on the wall, the students were doing the simplest of things: hanging out, talking, and laughing together.

Which leads me to the point of this email:
Your students don’t need fancy toys in the youth room.

In fact, I would say that your room only needs to have 3 things.

2. Cafe
Offer something for students to eat and drink.

3. Tables
Give students a place to gather and sit.

Anything beyond that is more than they need.

Trust me on this.

Three different youth ministries have tripled under my leadership and not a single one of them had any of the things that people think ought to be in a “good” youth room.

I’m telling you that you only need three things:
1. Music
2. Cafe
3. Tables

You can keep wasting people’s hard-earned money on stuff that students don’t care about. Or you can trust me.

I know which one I would do if I were you.